You must enable Javascript on your browser for the site to work optimally and display sections completely.

In 1873 an Austrian entrepreneur, Baron Leopold Popper von Podhari moved the head office of the firm from Hungary to Galicia.
3
5 Like
Google Maps
Add to trip

In 1873 an Austrian entrepreneur, Baron Leopold Popper von Podhari moved the head office of the firm from Hungary to Galicia.

The enterprise harvested and sold wood. Baron arranged in Gorgan his first sawmill in the village Vyhoda. From the wide mountain railway in first paved "tram" – narrow with which horses pulled wood. This track of length 3 km, connected sawmill in Vyhoda to Tartak in the Old Mizun in 1890. So narrow-gauge railway line combined Boykivshchyna with timber metropolis of Austria-Hungary. Network of narrow railways became indispensable in harvesting, processing and marketing of timber. It widened picturesque Gorgan, becoming a witness of the greatness of the Austro-Hungarian Empire, vicissitudes of war and guerrilla adventures, absorbing flavor of local people's life and the sweat of hard working woodcutter. Having reached the greatest extent and prosperity in the Soviet era, it began gradually to decline till the end of the last century, suffering from nature and from man. The only fully restored Mizunskiy branch, once only industrial narrow gauge railway, now an interesting guided tour "Carpathian tram" was created. In 2016 its route was organically supplemented by interactive museum Heritage Center Vygodsk narrow railway. 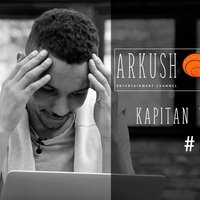 The park-monument of landscape art "Arboretum"

Sign up for newsletters and deals from discover.ua and our partners

By clicking submit you agree to the Terms and Conditions.

What do you think?

What do you think?